After treatment, there was an improvement of 71%.  Only 43% continued to have loss of protective sensation.  Light treatment associated with a reduced incidence of diabetic foot wounds and amputations

Female office workers with desk jobs who are incapacitated by pain and tingling in the hands and fingers are often diagnosed by physicians as “repetitive stress injury” (RSI) or “carpal tunnel syndrome” (CTS). The laser rapidly alleviated the pain and tingling in the arms, hands and fingers. and diminished tenderness at the involved spinous processes.

CAN LOW REACTIVE-LEVEL LASER THERAPY BE USED IN THE TREATMENT OF NEUROGENIC FACIAL PAIN? A DOUBLE-BLIND, PLACEBO CONTROLLED INVESTIGATION OF PATIENTS WITH TRIGEMINAL NEURALGIA

Neurogenic facial pain has been one of the more difficult conditions to treat, but the introduction of laser therapy now permits a residual group of patients hitherto untreatable to achieve a life free from or with less pain. The present investigation was designed as a double-blind, placebo controlled study to determine whether low reactive-level laser therapy (LLLT) is effective for the treatment of trigeminal neuralgia. Two groups of patients (14 and 16) were treated with two probes. Neither the patients nor the dental surgeon were aware of which was the laser probe until the investigation had been completed. Each patient was treated weekly for five weeks. Of the16 patients treated with the laser probe, 10 were free from pain after completing treatment and 2 had noticeably less pain, while in 4 there was little or no change. After a one year follow-up, 6 patients were still entirely free from pain. In the group treated with the placebo system, i.e. the non-laser probe, one was free from pain, 4 had less pain, and the remaining 9 patients had little or no recovery. It is concluded that the present study clearly shows that LLLT treatment, given as described, is an effective method and an excellent supplement to conventional therapies used in the treatment of trigeminal neuralgia.

Post herpetic. neuralgia can he an extremely painful condition which in many cases proves resistant to all the accepted forms of treatment. II is frequently most severe in the elderly and may persist for years with no predictable course. This trial was designed as a double blind assessment of the efficacy of low level laser therapy in the relief of the pain of post herpetic neuralgia with patients acting as their own controls. Admission to the trial was limited to patients with . established post herpetic neuralgia of at least six months duration and who had shown little or no response to conventional methods of treatment. Measurements of pain intensity and distribution were noted over a period of eight treatments in two groups of patients each of which received tour consecutive laser treatments. The results demonstrate a significant reduction in both pain intensity and distribution following a course of low level laser therapy. 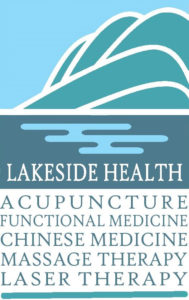